Artistry Beyond The Camera
​Episode 7

A Video Series Presented By Jai Johnson & DailyTexture.Com
Creating A Series Of Art
How To...

Create A Series Of Art

Using similar photos and the same texture sets on each
Creating a series of art is a fabulous way to develop a body of work with a cohesive feel.  When you create art in a series like I show you how to do in the video below, it will give you a recognizable look and style in a larger collection of work.  I often develop a series to 1) gain more customers for a specific subject matter and 2) make a body of work with a similar style to facilitate an event or show, or to appeal to licensing agencies I work with when getting my art into the marketplace.

I hope you enjoy watching me edit two Bison photos in a small series of four I've created using the texture and overlay collections listed below.

The Final Four in my mini "Mighty Bison" Series: 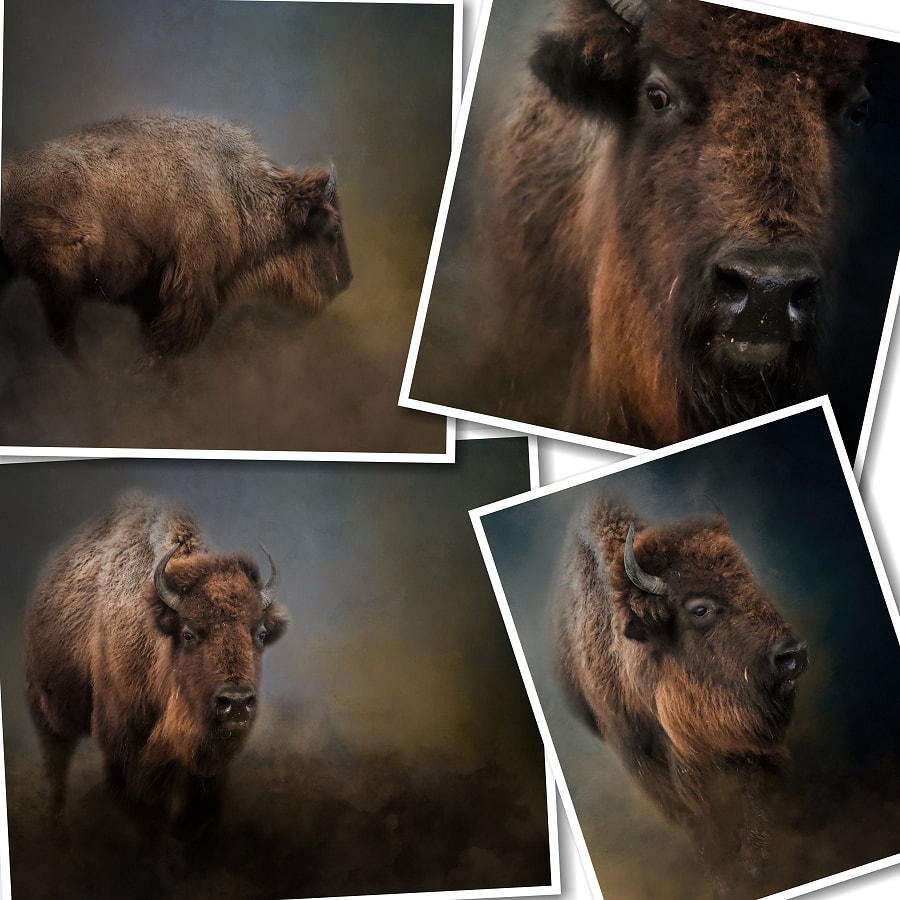 --Pay attention to your lighting.  Don't mix cloudy photos with sunny photos in the same series.

--Keep within a certain subject matter when creating a series.

--Use the same texture collection{s} throughout the series.  Here's an example I've already published of a city series I made a few years ago.  For that series, I used the same texture collections, layouts, font and accent heart for each one in the group.  If I had just done one image like this, and not created a series, I wouldn't have the multiple licensing deals I have with this group of art.  So a series paid off well in this case!

--Keep similar color tones throughout.  For example, if you desaturate one, be sure to desaturate the others in the series.

--If using Topaz Impression, or doing anything painterly with the art, make sure to use the same presets, effects, brushes, etc., to encourage consistency throughout the series.

--Be sure to process and edit the final images in the same way throughout, to build a good, cohesive look to the group of art.  For example, if you add golden accent lighting to one image, be sure to add it somewhere on the others as well.

--This isn't set in stone, but it's something I try to keep in mind when doing a series:  Create an even number of images in your series, preferably in groups of four.  Depending on the amount of photos you have, it won't always work out that way, but if you plan on going the licensing route with your art, agencies tend to love groups of four.